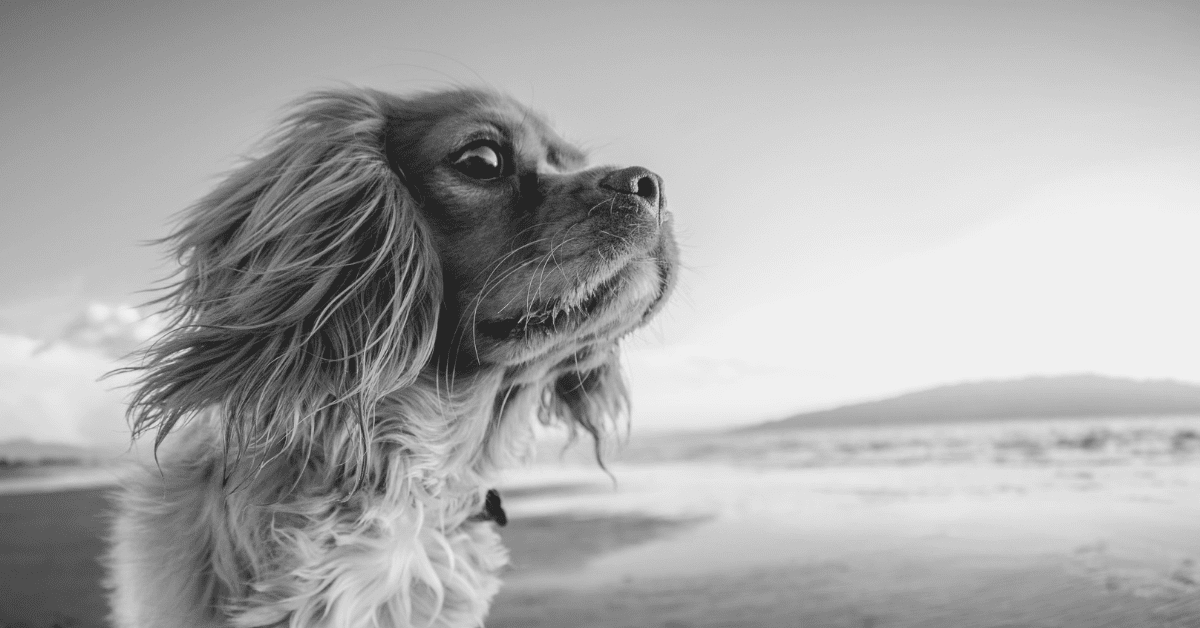 Dogs are found everywhere in our culture, but few people realise just how fascinating these tail-wagging companions are.

Here are 115 interesting and amusing facts about man’s best friend.

1. Our friendship with dogs goes way, way back. Dogs may have started living with humans as long as 40,000 years ago!

2. The average number of puppies in a litter depends on the breed. Smaller dogs tend to have fewer puppies. Medium sized dogs often have between four and ten puppies at a time.

3. There are thought to be over 900 million dogs in the world!

4. There are over 400 different dog breeds today. What a big extended family!

5. Even though dogs of different breeds may not look anything alike, dogs are all the same species.

6. The scientific name for dogs is Canis familiaris.

7. Dogs don’t really chew food. Instead, they swallow it in chunks! Their sharp teeth are made for tearing rather than chewing.

8. The Egyptians are known for worshiping cats, but many people do not know that they also revered dogs!

9. Depending on the breed, a normal heartbeat for a dog is between 60 and 140 beats per minute. Smaller dogs’ hearts beat faster.

11. The largest known litter of puppies was born to a mastiff named Tia. She had 24 puppies in one litter!

13. The smallest adult dog ever was a Yorkshire Terrier that only weighed four ounces.

14. The tallest known dog was Giant George, a Great Dane from Arizona. He was an incredible seven feet and three inches tall.

15. A sixth sense or a superpower? Scientists believe that dogs may be able to detect the Earth’s magnetic field. This ability may help them navigate.

16. Dogs can have different coat types depending on where their breed originated. Dog breeds that come from cold climates usually have a double coat, meaning they have two layers of fur, while dogs from warmer climates have only a single coat.

17. A dog’s health is reflected in the state of its fur. Dogs need lots of vitamins and minerals to keep their fur healthy, including zinc, copper, selenium, vitamin A, and biotin.

18. Unfortunately for people with dog allergies, “hypoallergenic” dogs don’t really exist. There are dogs that shed very little, but people are often allergic to a dog’s skin or saliva, so reduced shedding doesn’t help.

19. In the United States, between 37 and 47 percent of households own at least one dog.

20. It is best not to keep begonias, aloe plants, or Poinsettia plants in a house or yard with dogs. These plants are poisonous to dogs!

21. Pet dogs can be cloned for $50,000. Barbra Streisand is one celebrity known to have done this.

23. Working dogs can have many different jobs, including drug detection, search and rescue, and livestock herding.

24. Dogs use many different sounds and types of body language to communicate.

25. Dogs are usually considered to be omnivores, but their diets consist mainly of meat.

26. Dogs can weigh anywhere between three and 175 pounds, but there are outliers that are much smaller or larger.

27. The modern dog evolved from a creature called the Miacis, which lived over 50 million years ago.

28. Foxes, wolves, and jackals also evolved from the Miacis.

29. On the evolutionary tree, raccoons and weasels are distant relatives of dogs.

30. In some ancient cultures, sculptures of dogs were placed near tombs to guard people in the afterlife.

33. A dog’s height is traditionally measured from the ground to the withers.

34. A dog’s withers are the highest part of its shoulders.

36. Chihuahuas are among the longest-living dogs and can often pass 17 years!

37. Dogs that are fixed usually live longer than dogs that are not. This is because spaying and neutering reduce the risk of cancer.

38. Some dog breeds have webbed feet.

39. Like humans, dogs have two sets of teeth. Their puppy teeth fall out and are replaced by adult teeth when they are about six or seven months old.

41. Dogs have a much better sense of smell and hearing than humans.

42. Dogs can hear very high-pitched sounds that are inaudible to human ears.

43. Even though dogs seem to have strong stomachs, many human foods are toxic to them. These include grapes, avocados, garlic, and onions.

44. Dogs’ depth perception is not as good as that of humans.

45. On the other hand, dogs’ night vision is better than ours.

46. Dogs can also see more around them because of their wide-set eyes.

47. A dog can focus on specific sounds by closing off parts of its ears.

48. Dogs cannot consume caffeine. They don’t need it, though! They are energized by life itself.

49. Not all dogs bark! Some breeds howl or even make a yodeling sound.

50. Hounds are not a breed, but they are a category of dog breeds that were bred to assist with hunting.

51. Hound dogs have a tendency to howl when they are excited.

52. Puppies are born with their eyes and ears shut, but these typically open within two weeks of birth.

53. In order to socialize puppies to humans, they must have human contact starting at around four weeks old.

54. Herding dogs like collies have a tendency to herd things instinctively. This may include other pets and kids.

56. Newfoundlands make ideal rescue dogs because of their instinctive tendency to save people in danger.

57. Even though they are smaller, puppies often need to eat twice as much as adult dogs.

58. However, it is important not to feed puppies too much lest they become overweight. This can lead to serious health issues when they are older.

59. Frequent exercise is important for all dogs. They typically love to run around.

60. Often, dogs with behavioural problems just need to get more activity. It’s time to go for a walk!

61. Greyhounds were bred specifically to be fast runners.

62. A greyhound’s unusually flexible back allows it to gallop in great leaps across the ground.

64. Daschunds are long and low to the ground because they were bred to be able to go into underground tunnels.

65. Even though dogs evolved to be the perfect human companions, they enjoy the company of other dogs very much. It’s time to get Fido a friend!

67. People can teach puppies basic commands when the puppies are as young as seven weeks old.

68. Dogs love to go outside! They need physical and mental stimulation, just as people do.

69. The classic movie 101 Dalmations got it right: Dalmatians are not born with spots. The puppies are initially blank, but the spots eventually show up.

70. The oldest known dog was an Australian cattle dog named Bluey. He lived to be 29!

72. Dogs usually pant to cool off, but they do sweat…on their feet. Just their feet.

74. There were three dogs on the Titanic that were rescued.

75. The three Titanic dogs were all small toy breeds. One was a Pekingese; the other two were Pomeranians.

76. Dogs have three eyelids! The third one is used for protecting the eye and keeping it clean.

77. The third eyelid is so special that it has two weird names: nictitating membrane and haw.

78. Dogs probably can’t see colours as well as we can.

79. However, dogs don’t see everything in grayscale either. They can see a few colors, like yellow and blue.

80. Dogs’ noses are usually wet, but an occasional dry nose is completely normal.

81. Some dogs are more playful than others. People who are considering getting a high-energy dog like a Border Collie need to be prepared to put in some serious playtime and have room in the budget for toys.

82. There is a collective noun that is specifically used to mean a group of pugs: a “grumble.”

83. Beagles and huskies might be the noisiest dogs out there.

84. Great Danes, Newfoundlands, and Great Pyrenees are considered to be among the quietest dogs.

86. Some companies allow dog owners to register their dog’s nose print in order to find the dog if it gets lost.

87. Dogs frequently lick their noses, and they actually have a few practical reasons for doing so.

88. Having a wet nose actually helps a dog smell better. The moistness allows the nose to absorb odors.

89. A wet nose also helps a dog stay cool when it is hot outside.

90. Sometimes, dogs lick their noses just to clean them off. It sounds gross, but they don’t seem to mind it.

91. Dogs like to roll in the dirt and in smelly things to collect the scents of places they have been. This lets other animals know what they have been doing.

92. It’s pretty normal for dogs to eat dirt from time to time, but doing it excessively can be a sign of vitamin and mineral deficiencies.

93. Dogs love to hide their toys and bones. Some dogs have an underground stash in the yard, while others hide their treasure inside sofas and beds!

94. Basenji dogs are often said to be “barkless” because they cannot physically bark. However, they do make howling noises.

95. Three of the smartest dog breeds are Border Collies, German Shepherds and Poodles.

96. There are neuropsychologists whose work focuses on dog intelligence.

97. Dog intelligence is difficult to judge, but it is usually based on how well a dog can learn commands.

98. Highly intelligent dogs are not necessarily easy to own. They need constant mental stimulation. Otherwise, they get bored and might have behavioural issues.

99. Tail wagging means a dog is excited but not necessarily that it is happy.

100. Pit bulls have a reputation for being aggressive, but they are often actually very sweet.

101. Terriers are a group of dog breeds that were bred to chase pests out of burrows.

103. One of the first animals to go into space was a Russian dog named Laika.

104. Alexander the Great named a city after his favorite dog, Peritas.

105. Peritas is said to have fought off an elephant to save Alexander’s life.

108. The scientific term for a dog’s whiskers is vibrissae.

110. The Zoroastrian religion has instructions for taking care of dogs in its holy books.

111. Training search-and-rescue dogs is expensive. It can cost as much as ten thousand dollars!

113. Americans own more pet dogs than any other nation.

114. The French have the second-largest population of pet dogs.

115. Dogs can recognize their owners on a TV, but it can confuse them.

Hopefully, you’ve learned some cool things from this list of facts about dogs. Dogs are seriously amazing, aren’t they?