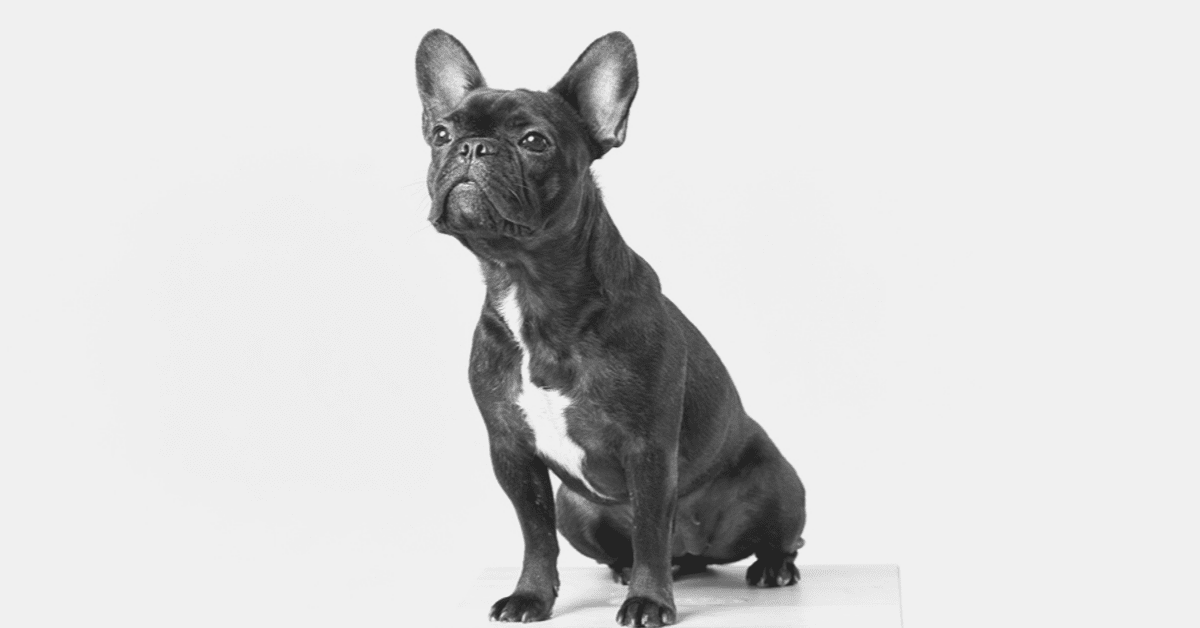 Frenchies are, without a doubt, one of the most popular small dog breeds in the world.

They’re cherished for a number of their unique and heartwarming characteristics. Being short and stocky is just the start. Many dog lovers ogle over the facial wrinkles, goofy grin, and iconic bat ears. Not to mention their hilariously cute personality.

Even if you don’t own a French Bulldog yourself, chances are you know all about this stubborn, loveable breed.

We love all things Frenchies here at The Dog Book Company, so to celebrate this breed of dog, we’ve collated a list of beautiful French Bulldog pictures. Check out these eye-catching pictures of Frenchies being funny, playful, cute, sad, and more!

There’s no doubt that this dog breed exudes quite the personality. They live up to the reputation of being hilariously unique, most of the time by simply sitting there! The French Bulldog is known for its various yips, gargles, snorts, and grunts. Their appearance is quite goofy as well, sporting the combination of a wrinkled face and large bat ears. These exuberant pups are bound to put a smile on your face by simply being in the presence of them.

Don’t let their size fool you, the French Bulldog is an active breed, requiring about an hour of exercise per day. They’re also quite playful, getting along with almost anyone and always ready to chase a chew toy. Just be sure to keep a watchful eye on your Frenchie during playtime. Due to their shortened muzzles, they can quickly become overheated.

These small companions have become popularised for their overall cute appearance. Those pouty faces, wrinkled muzzles, and erect bat ears make them irresistible to awe at. They also come in a variety of unique and charismatic colours such as brindle, pied, fawn, blue-grey, and a string of unique variations. Pairing these colours with a happy grin is enough to melt anyone’s heart.

The French Bulldog is a sensitive soul, often moping around the house when in trouble. Like any best friend, they can feel what you’re going through. When you reach for the tissue box, you may find a sad-eyed, wrinkled face looking back at you. One thing’s for sure, they’ve perfected the puppy-dog stare, whether or not they’re feeling melancholy.

Despite their stout bodies, these dogs are known to be very active and love an adventure and those stocky features are typically quite muscular. As well, their inquisitive sense of smell will have them sniffing trees and footpaths for hours if you give them the opportunity. A word of caution is to never let your Frenchie go for too long, as they have difficulty breathing. Less strenuous adventure time is perfect for these pups.

We all like our beauty sleep, but it turns out that the French Bulldog needs it a fair share more than your neighbour’s dog. This breed will spend nearly half the day resting. And once they do, look out! Like many other short-faced dogs, the Frenchie is a common culprit when it comes to snoring.

Now that you know how important sleep is to these small dogs, you might want to join them on the couch during their next snooze. A delightful trait of the Frenchie is that they love to snuggle. The French Bulldog strives to always be near its human, even if that means doing nothing. Interestingly enough, the females tend to prefer cuddling, though both genders have been known to curl up on a cold, rainy day.

Known for their loving and playful ways, many do not know that these little dogs have a mischievous streak. This is largely due to how stubborn they can be. Frenchies tend to get in trouble when left alone for too long, as they are prone to separation anxiety. They don’t mean to be naughty, but what else is there to do when their favourite person leaves? A flash of those pouty lips will get them out of it.

The French Bulldog does get crazy from time to time. They like to be the life of the party, making any of their various vocalizations and darting around. These little escapades usually only last for so long, soon plopping next to you until the next zoomies emerge. This makes them a great apartment companion as they can get some of that energy out in one fell swoop. Besides, they look comical doing it!

To wrap it up

Looking at all of these French Bulldog pictures shows off a small taste of their character. They’re truly the clowns of the dog world, using a variety of snuffs, grunts, and cries to get their point across. Taking a Frenchie into your home means a lifetime of giggles, cuddle time, and unforgettable adventures.

The images in this post were sourced on Pixabay, Unsplash, and Bigstock.